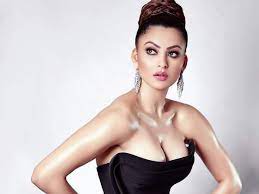 Miss Diva Universe 2015 and Bollywood actor Urvashi Rautela recently made her debut internationally with the album ‘Versace Baby’ alongside the Egyptian actor Mohamed Ramadan. The song has been loved by people across the globe and is trending internationally.

In a heartwarming move, the actress contributed her earnings from her song to the Covid-19 Relief Fund and The Palestine Red Crescent Society. Urvashi Rautela also made news with her song ‘Doob Gaye’ which also featured Guru Randhawa and crossed over 99 million views on YouTube.

After making a name for herself, Urvashi wants to help the country and people in need, whenever necessary. The stunning actress never fails to do tiny bits for the well being of society. Now, Urvashi Rautela has decided to relaunch her channel on YouTube, the proceeds of which will go for COVID welfare.

She started her channel way back in 2011 when she was crowned as the 17th Miss Tourism Queen of the Year International and since then her career has reached heights.

Now, Urvashi has decided to activate the channel, posting content that will make her fans feel closer to her. We feel this is a great idea to earn extra money just to contribute to society. The actress was also seen distributing food packages for the poor after Cyclone Tauktae hit Mumbai.

Besides relief work, the actress also indulged in a skydiving adventure recently.