After the withdrawal of the majority of candidates, the organization of Miss Planet International is finally out of silence on its social networks. He announced that the pageant is postponed to 2023 and beginning to give a brief explanation of the reasons for this debacle.

“We regret to inform that the finals and preliminary competitions won’t be held due to the host organizers failed to comply and meet the requirements for the realization of the events,” the statement read. The pageant, which was initially set for November 19 at Uganda, will instead be held in Cambodia in January 2023. No final date was announced yet.

The Miss Planet International pageant was recently put under fire after several candidates described it as a scam. In a series of Instagram posts, Miss Planet Czech Republic 2022 Tamila Sparrow claimed that they were “robbed.” 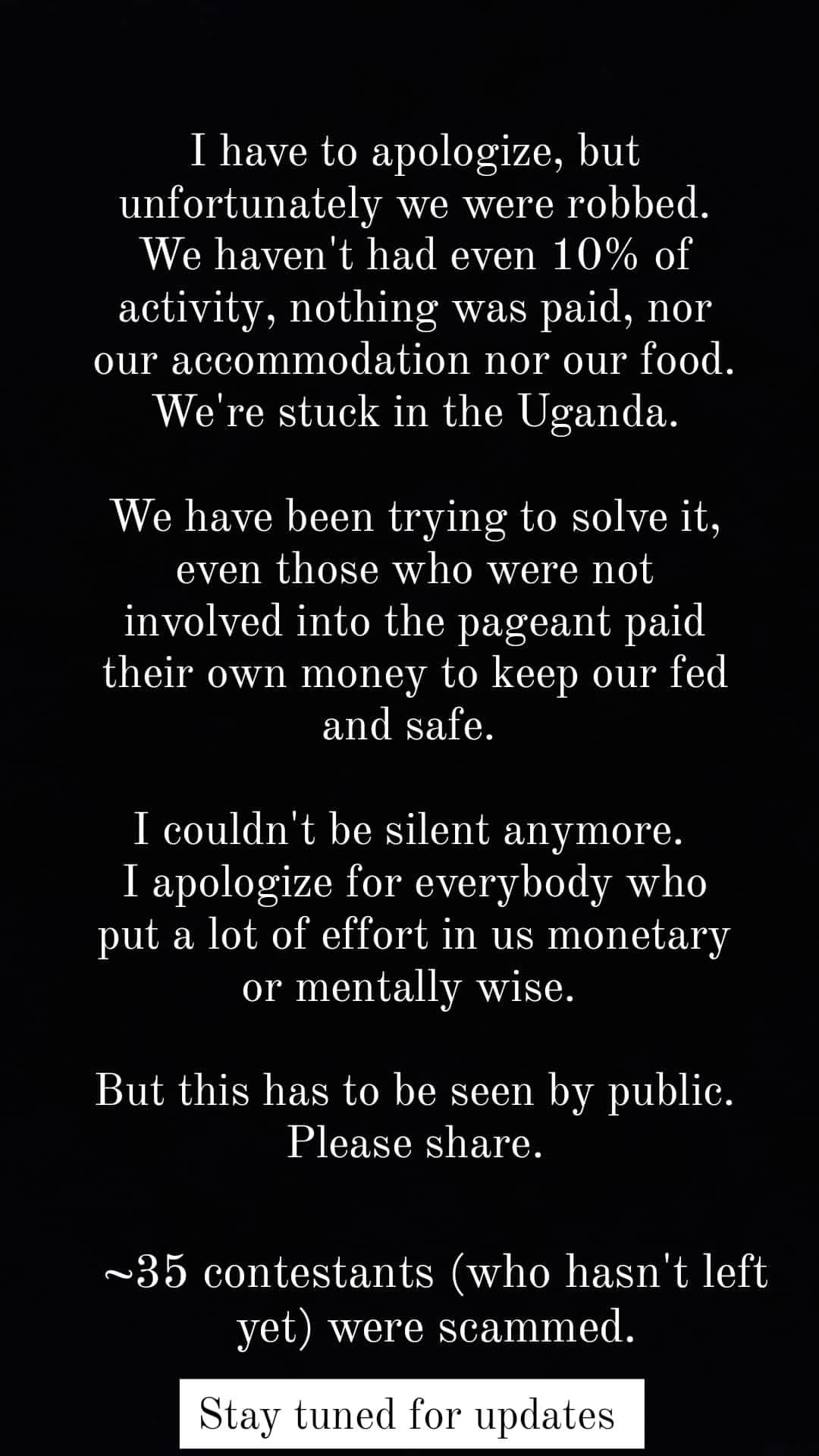 Miss Planet Philippines national director Wilbert Tolentino also announced on Friday, November 11, that the Philippines’ representative, Herlene Nicole Budol, has also withdrawn from the competition due to some “pageant debacles.” “This is indeed a traumatic experience for all of us, but we fought for it until the end. And that is our mission,” Wilbert said. Herlene was named first runner-up in the Binibining Pilipinas 2022 pageant in May. She was announced as the country’s representative to the Miss Planet International pageant in August.

Miss Planet Germany spoke in her social media as soon as she returned to her country.

As of writing, it remains unclear whether the withdraw candidates will participate in the rescheduled date for the pageant.