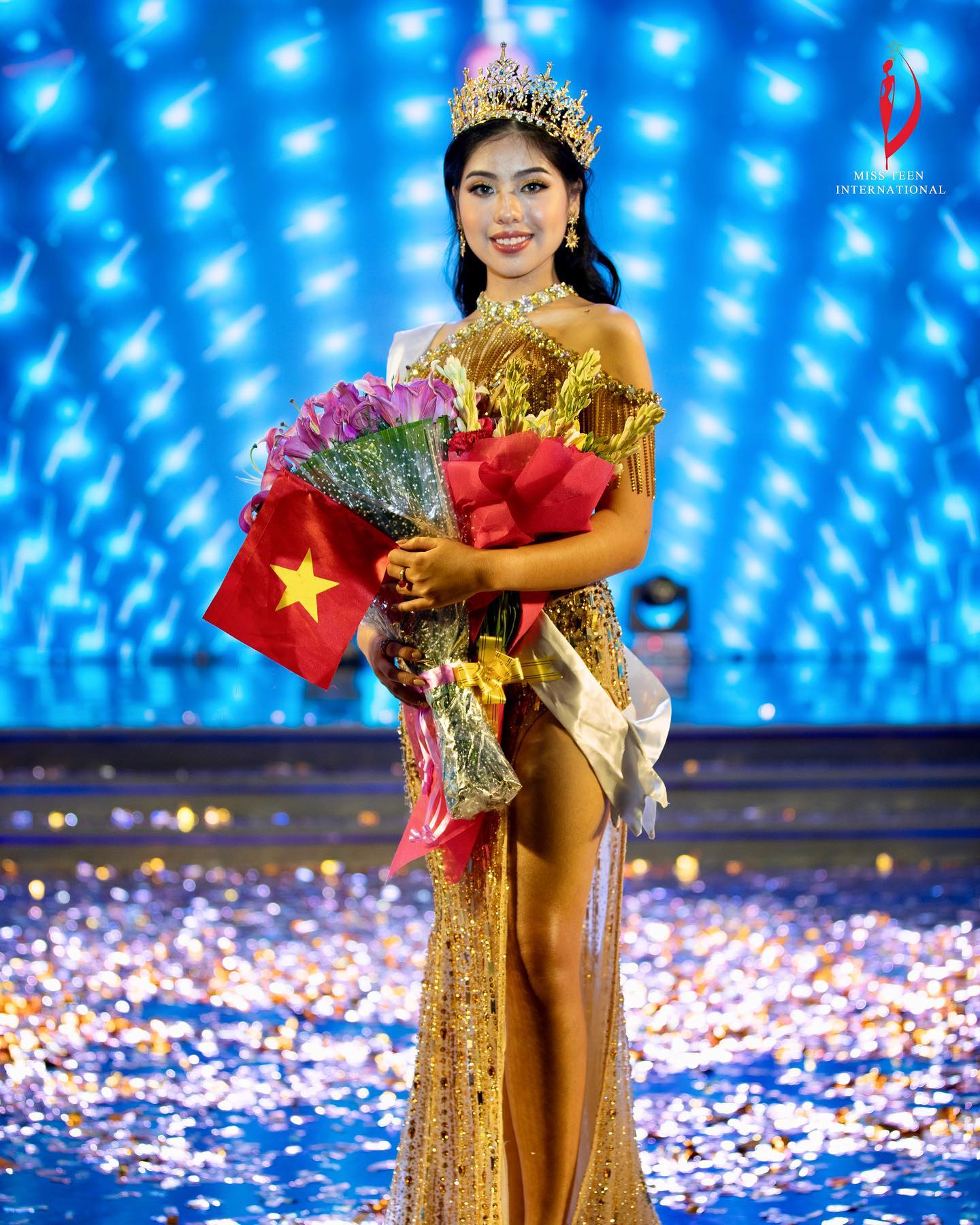 “I burst into happiness when I was named in the highest position. Participating in this competition, I was a little nervous at first because this is a big playground, of international stature. In the end, my efforts paid off. Thanks to the contest, I was able to exchange, get to know more friends and have the opportunity to introduce the image of Vietnam to the world audience,” said Ngo Ngoc Gia Han after her crowning.

In the National Costume contest, Gia Han chose a design called The Golden Bead. The design was carried out using manual seeding techniques, creating iridescent golden rice grains associated with vietnam’s rice civilization. The dress is straw threads that create harmony for the outfit. Accompanied by rice and straw are buffaloes and conical hats, two things that are familiar to Vietnamese farmers.

During the top 5 questions, Gia Han received the question: “Do you think that the beauty contest should be part of the Olympics? Why? Or why not?“. She uses English to respond: “I believe that beauty pageants not only celebrate external beauty, but it can also be recognized as an important entertainment industry. So it’s different in nature and we need to respect it in a separate and fair way. We are the representatives of our country at the Miss Teen International competition, which is no less proud than representing the country at the olympics  to win at the olympics it is necessary to train professionally. While competing in the beauty contest, it requires physical preparation and always full of energy. Winning the competition gives us the responsibility to look at the good sides and gives us a greater sense of responsibility when wearing on top of the crown. If the organizers are looking for a girl who can showcase the values of the beauty pageant,” especially Miss Teen International, then that girl is definitely you.”

The newly crowned Miss Teen International  is currently a student in grade 10, at the Dinh Thien Ly High School, in Ho Chi Minh City. She speaks fluent English. Gia Han has a record of 10 consecutive years as a good student, won the second prize of the Super Kids Competition held in Malaysia in 2018 and won prizes in a number of eloquence and storytelling competitions in English.

Gia Han said that after returning from India, she will implement a project on English to help poor children in remote areas know this foreign language. 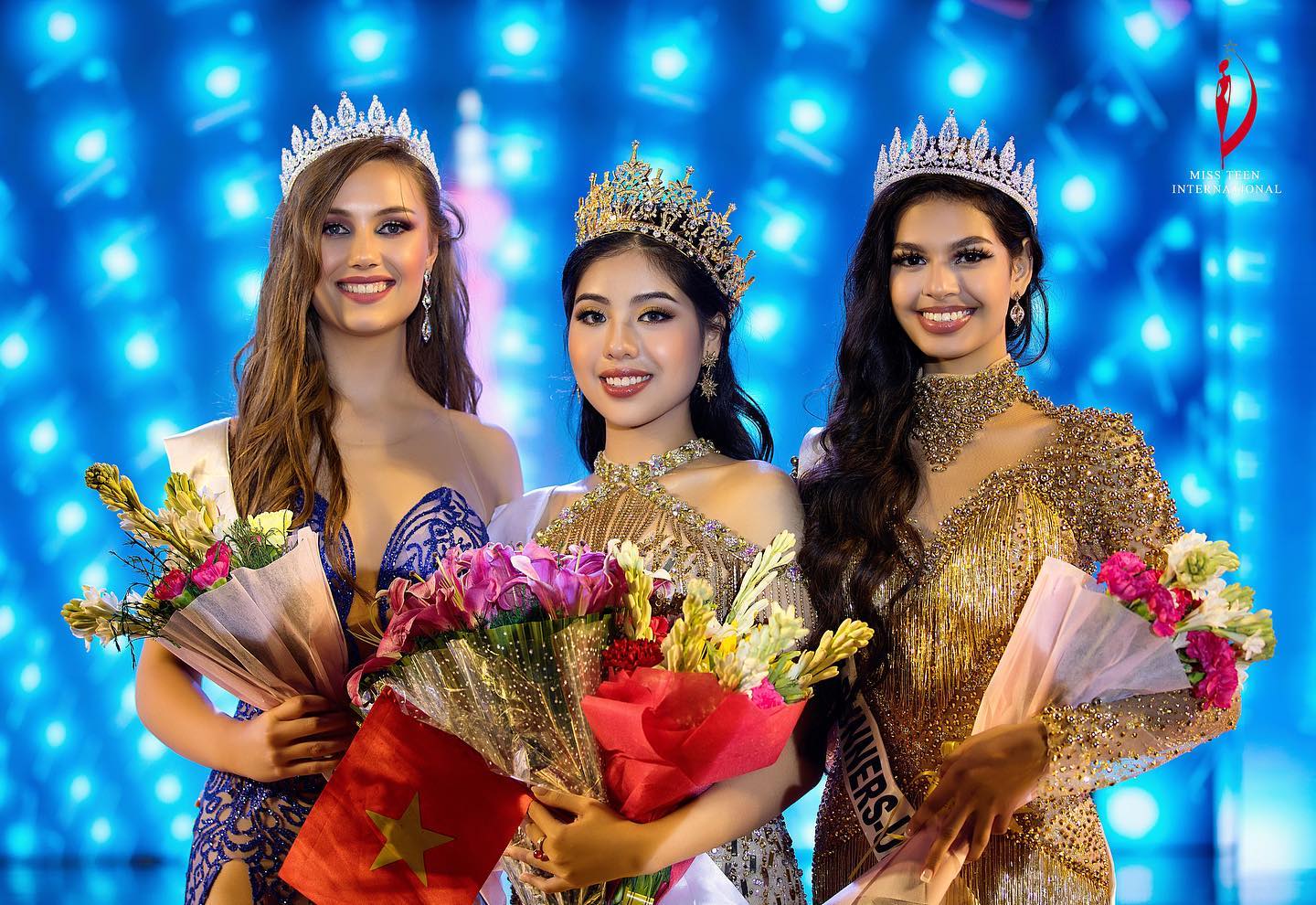