Ellie Schmidt of Washington was crowned Miss Teen Volunteer America 2023 at the end of the inaugural edition of the pageant, held on April 30, 2022. Her platform is ‘Helping Students with Intellectual and Developmental Disabilities.’” Schmidt said she chose that as her platform because of the years of work she’s done since she was in elementary school to bring inclusion for special education students in her school.

“I started a table buddies program at our school where students would sign up to have lunch with a student from the special needs class, and it was a great way for everyone at the table to learn about each other and meet new people,” Schmidt said. “I made a great friend named Aubrey who’s an athlete and a scholar and is just awesome. But I saw that when we get outside the classroom, Aubrey and others in her class would be left out of things because of a stigma toward special needs students. So I wanted to do what I could to break that stigma.”

Schmidt joined with the non-profit Special Buddies to create awareness and inclusion for Aubrey and others like her.

“So when I won the state title, I was able to bring awareness all over the state,” Schmidt said. “And now I have the opportunity to do it at the national level, and that’s exciting.”

Along with the work with her platform, Schmidt said going through the experience of the national teen pageant has accelerated her own maturation as a young woman and pageant competitor that she hopes will set her up for success when she graduates to the Miss level of competition in the Miss Volunteer America Organization. “I really feel like my stage presence and interviewing ability has improved through preparing for this pageant,” Schmidt said. “And now I’m able to be a part of the first-ever Miss Volunteer America Pageant, and I’m learning from all of the wonderful contestants here this week too.” 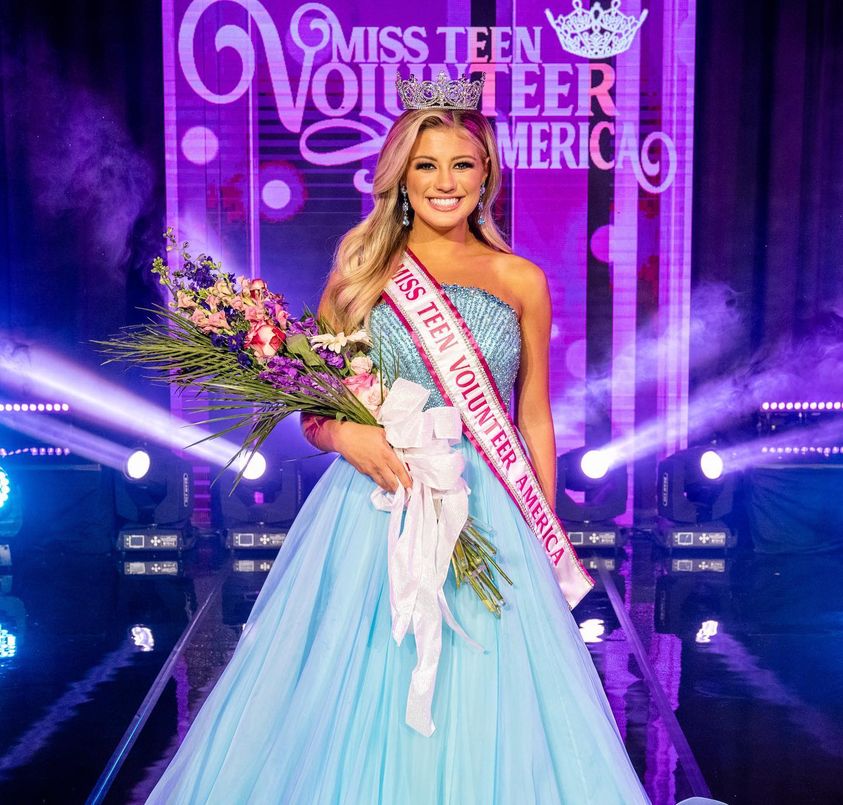