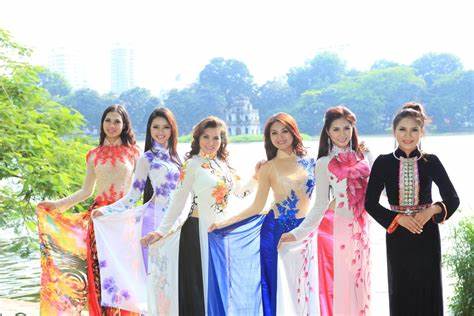 Film producer and actress Truong Ngoc Anh, head of the organising board, told local media: “We expect the contest becomes a cultural ambassador that introduces the best of 54 ethnic groups in Vietnam to the Vietnamese community in particular, and the world in general.”

The preliminary round will take place in Hanoi on April 27 and HCM City in May 7.

Miss Earth 2021 Destiny Wagner said she hoped to find a beautiful woman able to promote Vietnam’s tradition and culture around the world.

The show will be shot in HCM City, the coastal city of Phan Thiet and the Central Highlands city of Da Lat in order to promote Vietnam’s beautiful landscapes, culture and lifestyle.

During the final round in HCM City from July 12-16, the finalists will compete in the categories of traditional costumes, swimsuits, question-and-answer sessions and evening wear.

The winner will represent Vietnam at the global Miss Earth 2022 pageant.